After suffering from a 13-year civil war that ended in 2005, the community of Kigutu in Burundi took it upon itself to provide the founding of Village Health Works.  Former enemies came together to resolve their dehumanizing differences.  They donated land, cleared a road, made bricks, and laid the foundation for its health clinic.  Today, this health facility delivers world-class, community-driven medical care to over 50,000 people. This same facility, built from scratch after the civil war, has become the premiere health facility in all of Burundi. Its leadership team, based in New York and Burundi, help drive its efforts, and a team of over 120 Burundian employees, including 50 paid community health workers, on the ground drive day-to-day operations at the clinic.  One of Village Health Work’s main service delivery areas is maternal care. On Mothers Day 2003, the United Nations ranked Burundi as one of the world’s five worst places for women and children. Still today, approximately one in 10 Burundian women die during pregnancy or in childbirth.  Nearly 13 percent of Burundian babies die before their first birthday; almost one in five die before they reach age five – primarily from preventable disease and illness.  To fight this, the clinic provides comprehensive prenatal/antenatal care, delivery, and postnatal care. Village Health Works is in the process of building a Women’s Health Pavilion, to include 50 inpatient beds, three surgical suites, pre-op and post-op care, neonatal care, and a dental suite.  Additionally, Village Health Works has developed Women’s Cooperatives to provide employment, training, and social support for local women, including gender-based violence survivors, with the support of the US Bureau of Population, Refugees, and Migration. 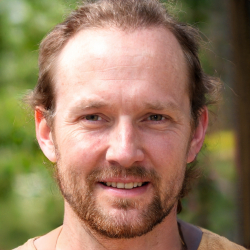 Casey Brown
Casey Brown has been in the gambling and crypto space for nearly two decades and is notable for having contributed to articles in Forbes, The New York Times, And The Wall Street Journal. After graduating from Stanford in medical engineering, he decided to change career paths and ventured into the world of finance. His insight into online gambling portals as well as Crytocurrency as a whole has made him one of the most respected authors in the industry, providing exclusive information on what casinos/coins are worth giving your time and money to, and which are not.